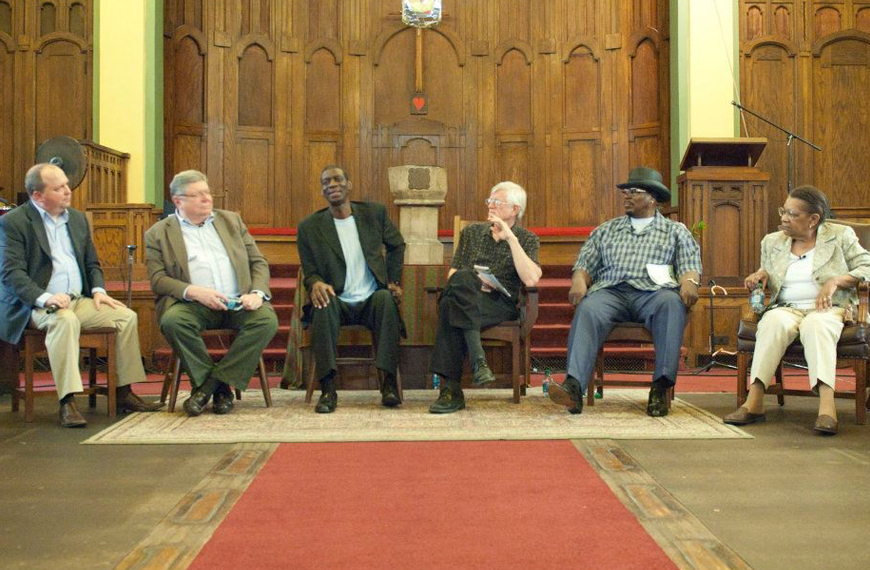 We hope you will join us for this special hour-long panel discussion, moderated by The Audience director and TimeLine Associate Artistic Director NICK BOWLING and featuring these distinguished guest panelists:

DR. JULIE FOUNTAIN is a social historian of modern Britain with a particular interest in women’s history. Her research focuses on the changing culture of the British armed forces in the 20th century, specifically the creation of permanent women’s services after the Second World War. Her article tracing the careers of women pilots before, during, and after the war was published last year in Cultural and Social History. She teaches British, European, and world history classes at the University of Illinois at Chicago and the Illinois Institute of Technology.

DR. SCOTT SOWERBY joined the History Department at Northwestern in 2010 after three years of teaching in the History and Literature program at Harvard University. He is a historian of Britain and Europe from the 16th to the 18th century. His book, Making Toleration: The Repealers and the Glorious Revolution was published by Harvard University Press in 2013. It was awarded the Royal Historical Society’s Whitfield Prize for the best first book on British history and was shortlisted for Phi Beta Kappa’s Ralph Waldo Emerson Award. He is currently working on a book entitled States of Exclusion: Religious Diversity and Military Power in Early Modern Europe.

MARTIN WHALLEY was appointed as British Deputy Consul General in Chicago in April 2015 and has been Acting Consul General since July 2017. Prior to coming to Chicago, Martin worked in the British Embassy in the Hague as representative to the Organisation for the Prohibition of Chemical Weapons. Prior to his appointment in The Hague, Martin served as Head of the Trade & Investment team in Sao Paulo, Brazil from 2010 to 2014. Earlier in his career Martin worked in London; he also served in the British Army for 2 years and worked in the private sector in Italy and Greece. Martin grew up in Lancashire and attended Bristol University where he read Biology, and joined the Diplomatic Service in 2009.

This Sunday Scholars discussion is FREE and open to the public. If you would like to attend but are not attending the show that day, please arrive by 4 pm and you can enter the theatre once the performance concludes. Questions? Call the Box Office at 773.281.8463 x6.

More about The Audience