We aren’t able to welcome you to our theatre on Wellington to explore the Kill Move Paradise lobby experience in person. But we can bring you some images and the full content that was on display! Explore it all here: 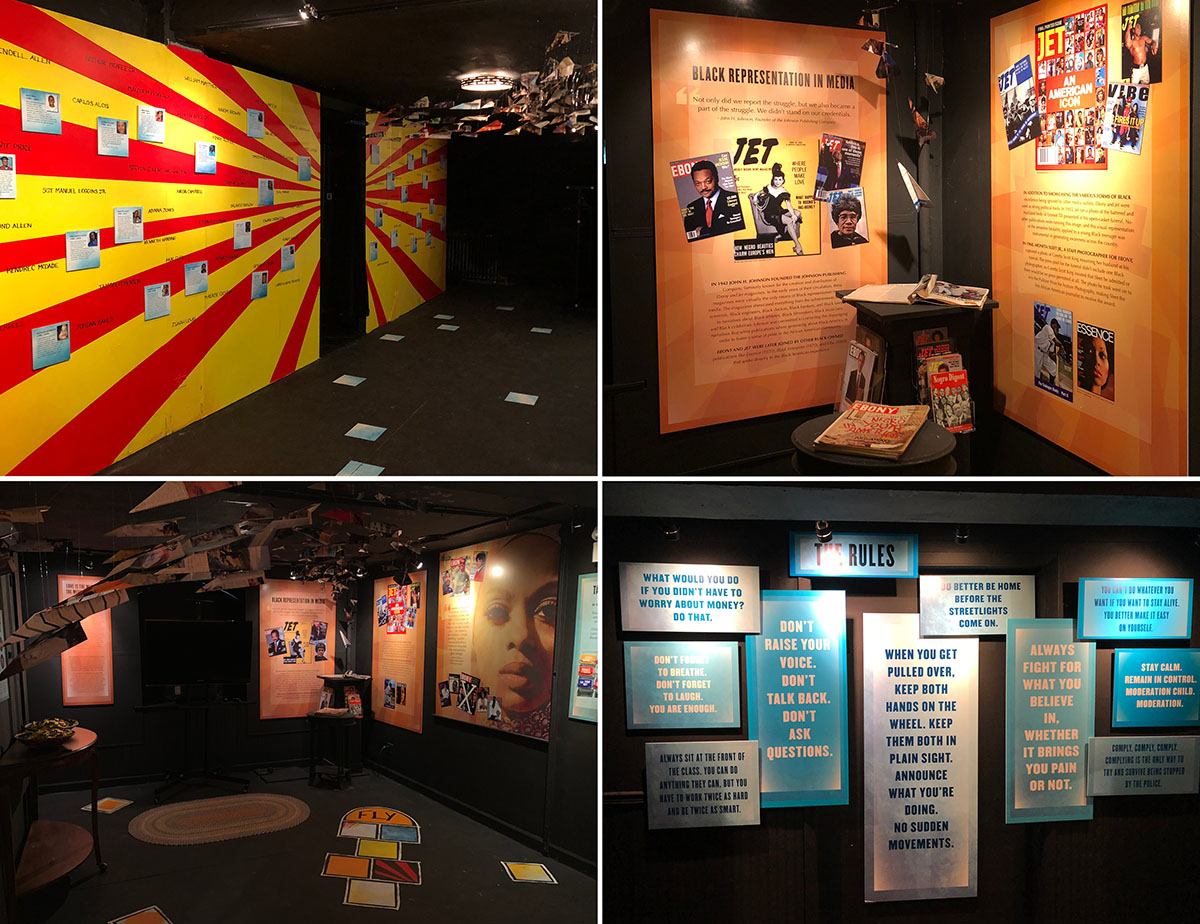 The Kill Move Paradise lobby is split into several distinct areas of dramaturgy.

We have created a PDF document that includes all the text and more images:

PLUS: Listen to an Audio Tour of the entire lobby while you peruse the pdf or any of the information below.

And here is a tour:

— To your left as you enter the lobby is THE WALL OF CELEBRATION, where we SAY THEIR NAMES. In the play, playwright James Ijames reminds us that “the speaking of the names is an attempt to keep those bodies alive. To keep Black men and women alive.” There are 137 names on the wall—they represent a “List of the Fallen” curated by Ijames and the production team.

— To your right as you enter the lobby is an area featuring BLACK MEDIA AND REPRESENTATION. The lobby team was inspired to create an installation on Black media because of Kill Move Paradise‘s emphasis on exploring different modes of Black culture and representation. In the actual lobby, audience members were encouraged to read through the vintage magazines displayed.

— A central element of the lobby is our PAPER AIRPLANES INSTALLATION. Airplanes created from the pages of Ebony and Jet magazines rise out of the corner featuring Black media and representation and “fly” overhead toward the theatre entrance. Why paper airplanes? All we can say is, “You’ll get it when you see the show.”

— Also in this area is the video LOVE IS THE MESSAGE, THE MESSAGE IS DEATH by Arthur Jafa. Learn more and watch the video itself below.

— Opposite the entrance to the theatre is THE TALK and THE RULES. Called “the pledge” in the play, this display is meant to give light to conversations in Black houses across the country. The “rules” on this wall are all responses from members of the cast and production team. They were asked, “What were the rules that were spoken to you growing up, or that you recognize as a Black person in American – both for surviving and for thriving?”

— We created a memento you could take with you! Four buttons that speak to the spirit of Kill Move Paradise were available in the lobby for patrons to take in pairs so you could KEEP ONE & SHARE ONE—helping to spread the experience of the show. Although we can’t provide the buttons themselves during our remote viewing run, next time you’re able to visit the theatre, we invite you to ask to receive one (or more)!

— After the show, you are invited to TAKE ACTION. There’s no better way to describe this section than the words on the sign: “Be a witness and testify. Transformation takes time and requires purposeful and sustained action. Choose an intention and carry it forward out of the theatre and into the world.

The Kill Move Paradise lobby features Arthur Jafa’s Love is the Message, the Message is Death—a seven-and-a-half-minute cinematic exploration of the nuanced and deeply complex history of Black people in America. The videocollage is underscored by Kanye West’s gospel-inspired “Ultralight Beam,” and devised from a library of found footage that traces Black identity through both historical and contemporary images. Jafa uses documentary footage of iconic historical moments, interspliced with present-day media coverage and home video to investigate the ways in which Blackness is both sensationalized and vilified in American culture. In doing so, Jafa presents a piece of artwork that is unapologetic in its Blackness, and deeply affecting in its weaving of history, taking viewers through a viscerally emotional timeline. The piece made its Smithsonian debut at the Hirshhorn Museum and Sculpture Garden in November 2017 as part of the exhibition, “The Message: New Media Works,” and exhibited here in Chicago at the Museum of Contemporary Art in 2019. 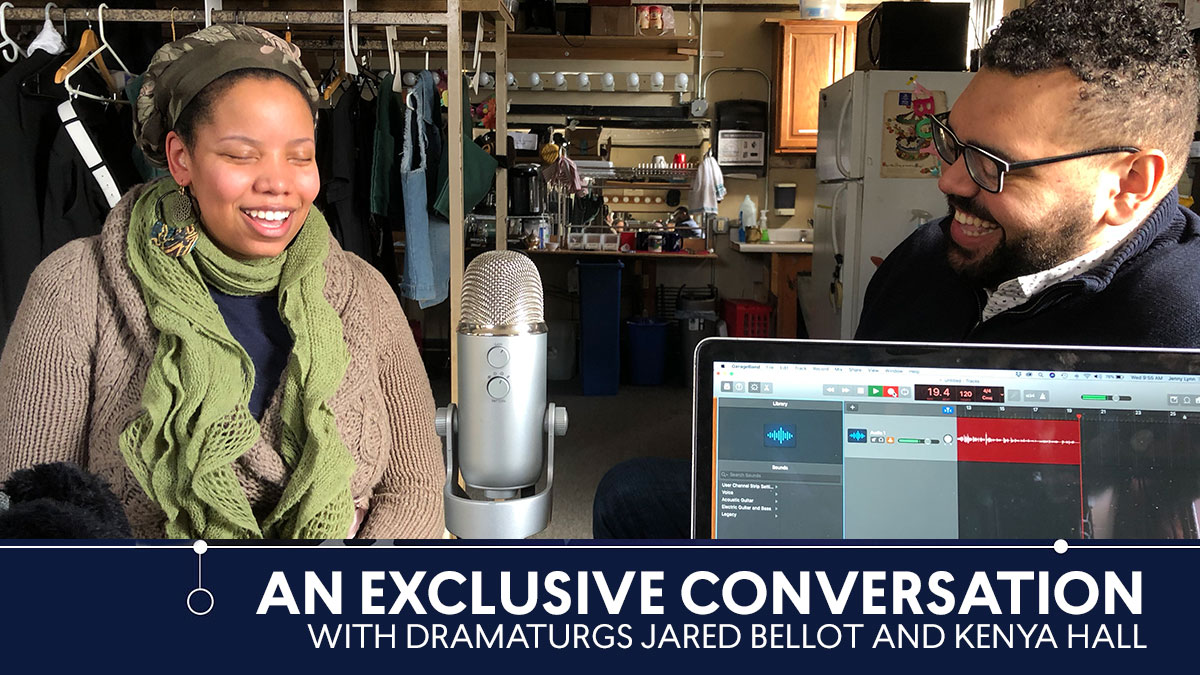 Listen to Kill Move Paradise dramaturgs Jared Bellot and Kenya Hall as they discuss themes of this powerful show and why they were inspired to work on it. 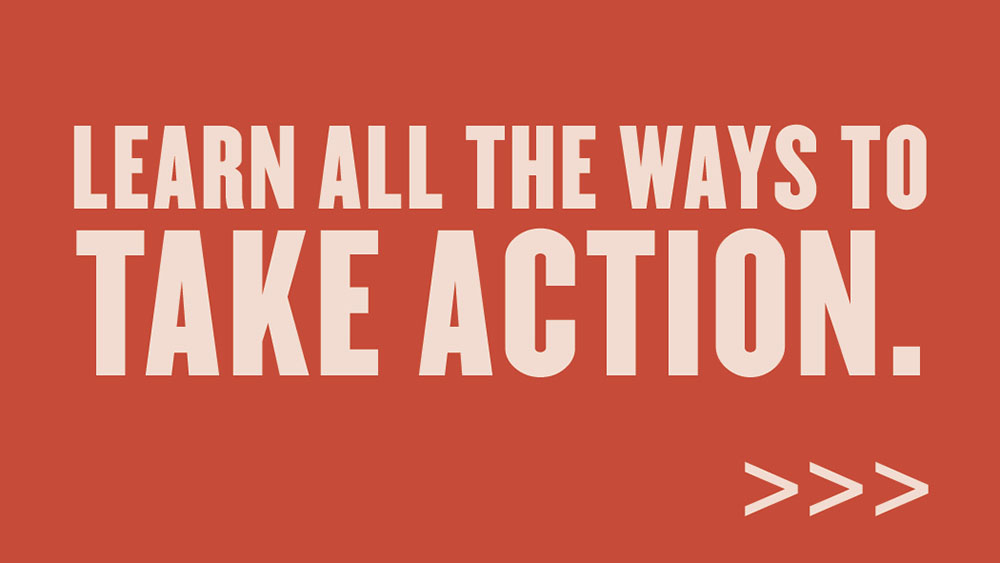