Margie Korshak Goodman is Chairman of Margie Korshak, Inc., the dynamic powerhouse public relations and events agency that bears her name. Margie began her successful career in 1967, joining the public relations department of the American Furniture Mart in Chicago. She established her own company soon after, specializing in public relations, advertising and events for the entertainment, retail, restaurant industries and corporate business. Her expertise has been shared among a list of celebrities that reads like a “Who’s Who” of the entertainment world. Her passion and endless amount of energy for the business remains unsurpassed with her deep-rooted relationships with the media and dedicated clients over the years. She was instrumental in the publicity for the restoration and grand reopening of the Cadillac Palace and Oriental Theatres, The Chicago Theatre, Auditorium Theatre of Roosevelt University and the opening of The Joan W. and Irving B. Harris Theater for Music and Dance.

Over the past 48 years, MKI has represented every major theatrical production to play in Chicago. Margie has worked with the two largest Chicago theatrical institutions for decades – the Nederlander and Shubert organizations. She is currently the press representative for Broadway In Chicago, handling all of the Broadway shows since Broadway In Chicago’s inception over 17 years ago. She also helped shape the face of the retail industry in Chicago providing counsel to Sears, Bloomingdale’s, Crate & Barrel, Plaza Escada, Gap and Old Navy, as well as the four main shopping malls in Chicago: Water Tower Place, 900 N. Michigan Shops, Chicago Place and The Shops at North Bridge.

Margie is a lifelong resident of Chicago and married with two grown children and two grandchildren. She has been an active member of the Association of Theatrical Press Agents and Managers since 1976. In 2013, she was featured on the cover of Crain’s Chicago Business and is consistently listed in Crain’s Chicago Business’ 150 top business executives.

Back to President’s Advisory Council 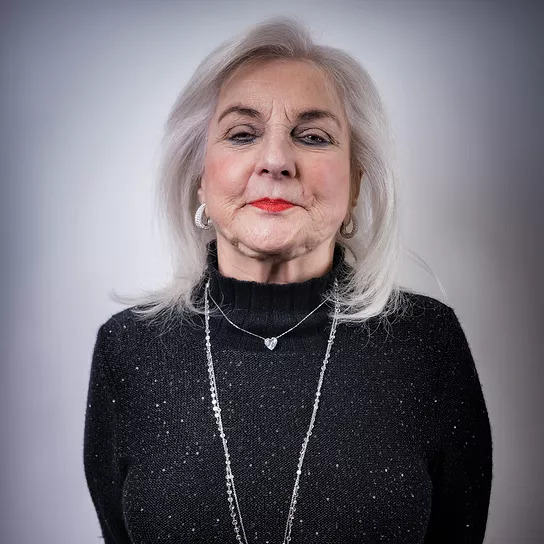