Matthew Brumlow made his TimeLine Theatre debut.  A two-time Equity Jeff Award nominee, Matthew has been an ensemble member with American Blues Theater   since   2001, appearing in 14 productions, most recently the 25th Anniversary production of TOBACCO ROAD as well as favorites OKLAHOMA, CATCH  22 and A VIEW FROM THE BRIDGE. Other Chicago credits include CAROUSEL and TITUS ANDRONICUS (Court Theatre), ANOTHER PART OF THE   FOREST   and   LOOT (Writers’ Theatre), SHE STOOPS TO CONQUER (Northlight  Theatre), multiple productions with Chicago Shakespeare Theater and others with About Face, Apple Tree, Shakespeare on the  Green, PROP, Organic, Aardvark  and  Azusa Productions. Regional credits include work with Long Wharf Theatre, Kansas City Repertory, Notre Dame Shakespeare Festival, Montana Shakespeare in the Parks, Montana Repertory Theatre’s national tour of A STREETCAR NAMED DESIRE in which he played Stanley, and the title role in HAMLET at Indiana Repertory Theatre.  Matthew is a summa cum laude graduate of Lee University (BA degree in English) and Northwestern University (MA degree in theatre). Following FROST / NIXON He appeared in NOBODY LONESOME FOR ME at Milwaukee Repertory Theatre, a one-man show about Hank Williams, Sr. 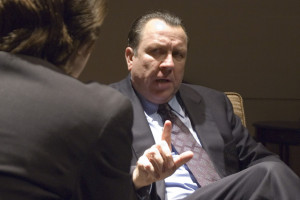