Richard has been President of Judd Enterprises, Inc., a private investment firm, for the past 33 years. Prior to that, he worked in television and feature production at Columbia Pictures Ind. Inc., and CBS. He has served on numerous charitable boards, including the Sundance Institute, USC School of Dramatic Arts, American Jewish Committee, Jewish Federation of Metropolitan Chicago, Camp Kids Are Kids, and Gingold Theatrical Group. Richard also served on the board of Savoy Pictures Entertainment, Inc. Richard has invested in numerous projects, including THE PRODUCERS, HAIRSPRAY, and A GENTLEMAN’S GUIDE TO LOVE AND MURDER. He was a producer Off-Broadway of THE IMMIGRANT and MURDER FOR TWO, and on Broadway of SPIDER MAN: TURN OFF THE DARK. Richard has been a tap dancer for close to 50 years, and is a successful competitive pro-am ballroom dancer, having won the United States 9-Dance Championship. He and his wife, former Broadway, film, and television actress Diane Stilwell Weinberg, live in Chicago. 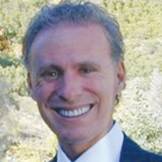