So many of you tested your blink on the five images we had in the lobby during the run of Bakersfield Mist that it has taken us some time to tally the answers and give you the results, plus pick prize winners from among those who guessed correctly!

In the end, “Test Your Blink” was a tougher challenge than we anticipated! 471 audience members submitted entries to the contest. But apparently we did a good job fooling everyone: only 32 entries got everything correct! Our four winners chosen via random drawing (Ann C., Michelle S., Howard S. and Marcia C.) will receive different prizes (including theatre tickets, a restaurant certificate, and TimeLine swag) in the mail this week!

To refresh your memory, here are the images again, with information next to each painting about how many votes each received, and the answer as to whether the painting is “real” or “fake”: 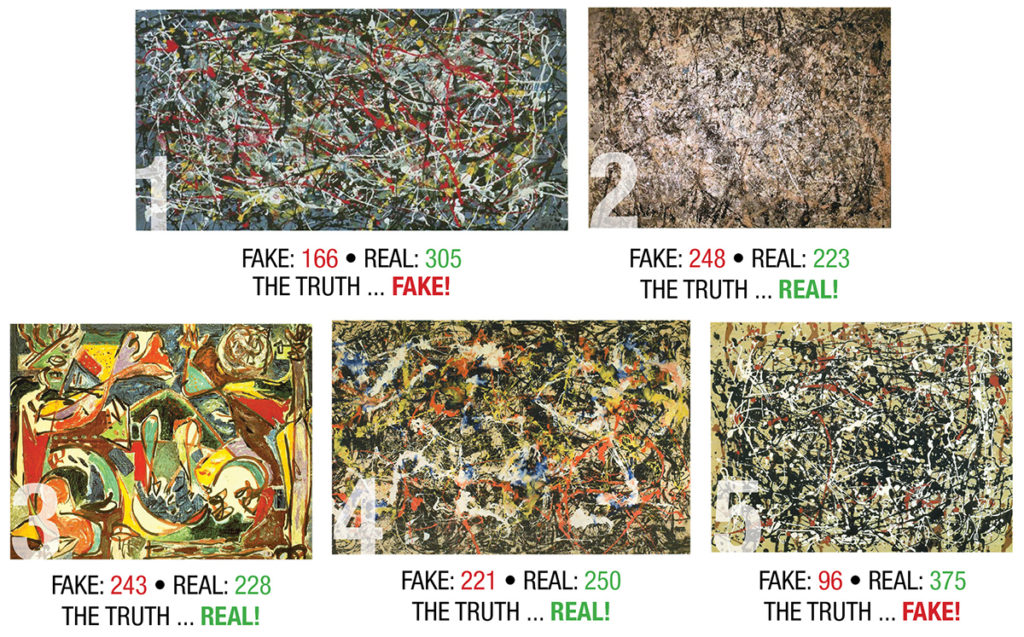 As noted above: Paintings 1 and 5 are forgeries numbers, while paintings 2, 3 and 4 are genuine Jackson Pollock paintings. Here’s a little more about each of these paintings:

PAINTING #1: This fake was purchased in 2007 for $17 million. But upon analysis it was found that its yellow paint chemically matched paints made after 1970, well after Pollock’s death.

PAINTING #2: Lavender Mist—also called Number 1, 1950—is a real Jackson Pollock and was mentioned in the play, because Pollock used his hand prints in the work.

PAINTING #3: An early Pollock, The Key, 1946 is owned by the Art Institute of Chicago, though it is not currently on display.

PAINTING #4: This is Pollock’s painting Convergence, 1952.

PAINTING #5: This fake Pollock was featured in a 2013 article in The New York Times. It was sold for $2 million but the buyer stipulated the painting be verified by the International Foundation for Art Research. The money was refunded when the IFAR refused to confirm that it was a Jackson Pollock.

Thanks to all who participated in Test Your Blink at Bakersfield Mist. We hope you had fun trying to figure out the puzzle!

And if you are still inspired by the images you saw in the play, we strongly recommend visiting The Art Institute of Chicago to see the Jackson Pollock paintings they have on display. TimeLine’s Artistic Director and the cast, dramaturg and director of Bakersfield Mist did this before we even started rehearsal last summer. We all felt there was something amazing about seeing the thickness of the paint, particularly on “Greyed Rainbow,” seen here with actors Janet Ulrich Brooks and Mike Nussbaum. 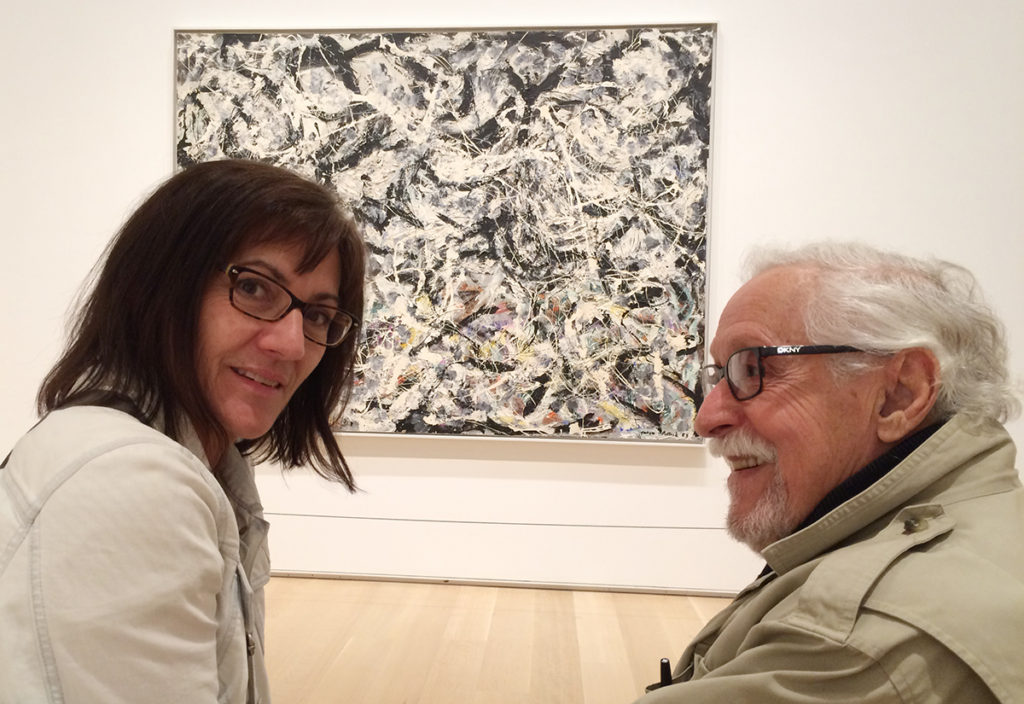