JAW-DROPPING. INSIGHTFUL. GROUNDBREAKING. REVELATORY.
A SEASON OF STORIES THAT LINK PAST, PRESENT, AND FUTURE.

Our 24th season features two theatrical classics, a Chicago premiere, and the world premiere of a new play developed through TimeLine’s Playwrights Collective. All performances will take place at our longtime home, located at 615 W. Wellington Avenue in Chicago’s Lakeview East neighborhood.

Each explores today’s social and political issue through the lens of the past. Each promises more than just two hours in a seat.

Be moved. Be changed. Be inspired. Join us!

SEE AND SAVE ON THE ENTIRE SEASON WITH A TIMELINE FLEXPASS!

Every TimeLine subscription is a FlexPass! It’s the most flexible, convenient, and affordable way to ensure you’ll enjoy everything our 24th Season has to offer—and you could save up to 20% off regular ticket prices.

Get priority access to our in-demand shows, pick the dates you want, use admissions as you choose in any combination—plus enjoy free exchanges—with a FlexPass.

LEARN MORE AND GET A FLEXPASS 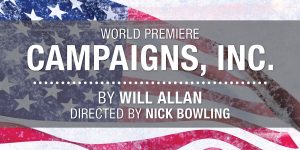 IT IS 1934, and famous novelist Upton Sinclair is all but guaranteed to become the first Democratic governor of the state of California—until a young, unknown pair of consultants from the shadows of the challenger’s campaign attempt to take him down. As Frank Merriam and Sinclair battle it out in the spotlight—seeking endorsements from the likes of Charlie Chaplin and FDR—Leone Baxter and Clem Whitaker work behind-the-scenes to methodically construct one of the most spectacular, unbelievable, and star-studded smear campaigns ever.

This world premiere play was developed through TimeLine’s Playwrights Collective, launched in 2013 to support Chicago-based playwrights in residence and create new work centered on TimeLine’s mission of presenting plays inspired by history that connect to today’s social and political issues. Campaigns, Inc. is the third play developed through the Collective to receive a full production, following Brett Neveu’s To Catch a Fish, which was presented at TimeLine in 2018, and Tyla Abercumbie’s Relentless, which will be the final production in the company’s current season, running May 6 – June 27, 2020. Campaigns, Inc. received its first public reading as part of TimeLine’s inaugural First Draft Playwrights Collective Festival in December 2018.

A funny, thoughtful, and Tony Award-winning exploration of love, religion, and prejudice within a southern Jewish social circle. 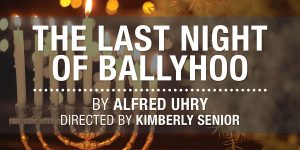 Atlanta, 1939. Clark Gable and Gone with the Wind are the talk of the town, Hitler has invaded Poland, and the American South’s party of the year is only days away. The Freitags— a Jewish family so highly assimilated they have a Christmas tree in the front parlor—are obsessed with preparing for Ballyhoo, the lavish annual German-Jewish country club ball. Concerned with the pressures of societal appearances and expectations, young Lala is determined to make a unique splash at this year’s event. But life turns upside down when her uncle brings home his new employee, a handsome bachelor from Brooklyn who begins to court Lala’s charming cousin Sunny, home visiting from college. As romances blossom and obstacles arise, everyone must confront their own beliefs, prejudices, and desires in an effort to move forward.

Inspired by stories Uhry heard growing up in a southern Jewish family and acclaimed as “an insightful look into an era” and “an engaging family portrait” by The New York Times, The Last Night of Ballyhoo is a captivating drama that reveals the power of personal progress when we discover that who we are can be so much more than just where we are from.

A groundbreaking backstage satire of egos and attitudes that explores the complex and often emotional way people talk about race. 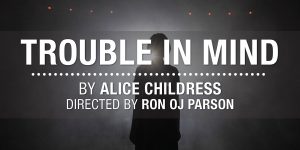 ACCLAIMED BY THE NEW YORK TIMES as “a rich, unsettling play that lives up to its title [and] lingers in one’s memory long after its conclusion,” this scathingly funny backstage drama about interracial politics explores the complex, difficult, and often emotional way people talk about race.

On stage at a Broadway theater in New York City in the mid-1950s, a group of actors has gathered for their first day rehearsing a new play called Chaos in Belleville, an anti-lynching Southern drama. But as the cast rehearses, tensions flair between Wiletta, the Black actress in the starring role, and her white director about his interpretation of the play. The result is an explosive conversation about equality, power, and how race is portrayed in the American theatre.

Written by Alice Childress (the first Black woman to have a play professionally produced in New York City) and featuring a play-within-a-play structure, Trouble in Mind is a groundbreaking backstage satire of egos and attitudes and an insightful look at the importance of honest representation.

A piercing and darkly poetic portrait of America as seen through the eyes of the first Chinese woman to arrive in the United States. 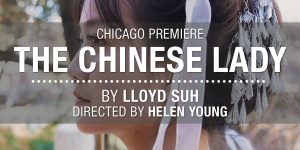 INSPIRED BY THE TRUE STORY of the first Chinese woman to arrive in the United States, playwright Lloyd Suh unearths hidden history with humor and insight, asking us to explore the way we consider both ourselves and others.

Brought to the United States at age 14 from China in 1834 by enterprising American merchants, Afong Moy is put on display so the American public can get its first view of an authentic “Chinese Lady.” Over the course of 55 years, she performs an ethnicity that both defines and challenges her own views of herself, as she witnesses stunning transformations in the American identity. As these dual truths become irreconcilable, Afong must reckon with herself and the history of her new home with startling discovery and personal revelations.

During this piercing and darkly poetic portrait of America as seen through the eyes of a young Chinese woman, “this quiet play steadily deepens in complexity,” wrote The New York Times. “By the end of Mr. Suh’s extraordinary play, we look at Afong and see whole centuries of American history. She’s no longer the Chinese lady. She is us.”