Looking for your next read? Complement our Relentless public programs with this book list, curated by playwright Tyla Abercrumbie and compiled with commentary by dramaturg Katie Jacobsen. 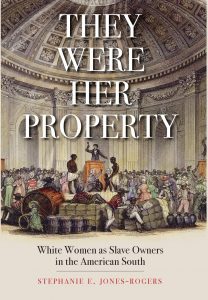 They Were Her Property
Stephanie E. Jones-Rogers

Stephanie Jones-Rodgers pens an important and bold argument, bringing to light the true role that white women played in the horrors of American slavery. They Were Her Property argues that slave-owning white women profited and used the slave market for both economic and social empowerment. Tyla was led to this source while researching for the character of Mary Elizabeth, a young, white woman who owned Black bodies in the 1800s. While writing her character, Tyla noted: “I knew I heard Mary Elizabeth as a person who was too young to be an abolitionist, but I knew she would be that type of person.” Jones-Rodgers’ book draws upon a variety of sources to make the argument that southern slave-owning white women were very aware of the ways that they profited off of Black bodies. In reading Jones-Rodgers’ work, Tyla not only found it fascinating how cruel white women could be as slave-owners, but was also intrigued by how shrewd these women could be as women of business: “History has given us a false story that white women were not slave owners, but also victims of the American slave market themselves.” 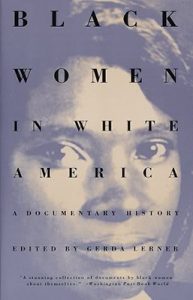 A book that she’s held on to since college, Tyla loves Black Women in White America because of the way it works to highlight the knowledge and power in each of its subjects. Lerner’s book dedicates each chapter to a different African-American woman, and the life story she has to tell. “We always hear about the strength of [African-American women] and not the vulnerability,” Tyla noted, “we never see the person who can’t sustain themselves in the abuse.” Lerner’s collection of histories spoke to Tyla because she “loves examining the vulnerability, the edge, that says ‘I might not survive this because it’s difficult to be a Black woman in America.'” Tyla recommends flipping through the chapters of Lerner’s book as they interest you. “Each chapter is like reading a short story. This one is really good just to keep and to read along when you’re having your coffee.” 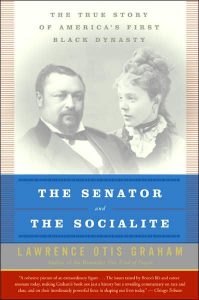 The Senator and The Socialite: The True Story of America’s First Black Dynasty
Lawrence Otis Graham

Tyla loves The Senator and The Socialite because of its family perspective on what it was like to be wealthy and Black in America. Graham’s book offers a well-researched look into the life of Blanche Kelso Bruce, a man born into slavery in 1841, who went on to become the first Black man to serve a full term in the U.S. Senate. Bruce, along with his wife Josephine Wilson, worked to use their wealth and status to eradicate barriers for people of color in nineteenth-century America. “It’s a beautiful thing to have this kind of family history,” Tyla remarks. “What I wanted this book do for me is to give me inspiration for Relentless II and III.” Tyla used Graham’s text to think about how we can be different in 2020 by examining Chicago’s 1919 Red Summer: “Why are you making the choices you make, how is the world so different, from what America went through in the late 1910s and early 1920s?” 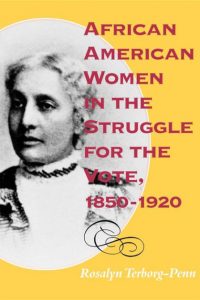 Tyla turned to African American Women in the Struggle for the Vote… because it explored a pivotal period on which to build the voices of the Relentless women. Working backward from the Harlem Renaissance in the 1920s and ’30s, Tyla wanted to see what Black women were doing at the turn of the century. Often overlooked in the gloss of the suffrage movement, the focus this book puts on the work that African American women did while fighting for the right to vote is imperative to understanding the history of voting in America: “African American women were very much a part of the struggle for the vote, but it’s not their face that you see.” This has come to a particular light in recent months with the 100th anniversary of the 19th Amendment, which gave “women” the right to vote. However some people, in their general celebration of women’s voting rights, neglected to realize that 1920 marked the anniversary of white women gaining the right to vote. Black people, specifically women, would face 45 more years of barriers at their polling places. Terborg-Penn’s book highlighted for Tyla “why, as Black women, are we always in this ridiculous struggle to be respected, but we were such an important part in this struggle.” 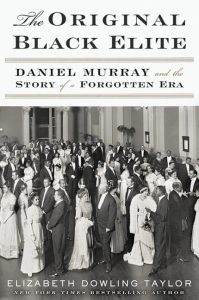 With The Original Black Elite: Daniel Murray and the Story of a Forgotten Era, Tyla “was really able to feel like a fly on the wall to all of this wealth and power and lineage.” Focusing on the life of “Black history pioneer” Daniel Murray, Taylor traces the rise and fall of America’s Black elite beginning with the Emancipation all the way through the era of Jim Crowe. Taylor’s insight into the lives of the well-educated and wealthy elite African-Americans gave Tyla context for her characters, sisters Janet and Annelle, and their lives as elite Black women in the early 20th century. The way Taylor’s book tells about both the rise and fall of the Black elite highlights one of the anxieties felt by the characters in Relentless. Annelle, the younger of the two sisters, is married to Marcus, a wealthy doctor, and wants to focus only on the present, notes Tyla. “She literally lives in the moment, appreciating it for what it is, and she deals with tomorrow when it arrives. Being a Black woman, that sounds great for today, but it was based in fear. It wasn’t a bohemian choice, it was the safer choice. She lives in that space with her wealth and her money and she enjoys it.” Taylor’s book highlights the effects of losing that success, wealth, and power on Black Americans. It offers an account of an often-untold era in American history, offering readers a view into the inequities upon which America was structured.