Looking for more on OSLO?

Here is information that didn’t make it into our printed Playbill program book before it went to print, including a complete list of special thanks, full production team credits, bios for our cultural consultants, and more!

David Y. Chack (Israel Consultant) is Producing Artistic Director of ShPIeL-Performing Identity in Chicago and in Louisville, Ky. Also on faculty at The Theatre School at DePaul University, through ShPIeL he has directed and/or produced THE GREEN BOOK (Pegasus Theatre, Chicago and  Bunbury Theatre; Louisville, Ky.), THE TIMEKEEPERS (Windy City Theatre), ANGINA PECTORIS and CONVICTION (Theater Wit), CITIES OF LIGHT and THE PASSIONS OF EMMA GOLDMAN (Skokie Theatre and Stage 773) and THE INVASION OF SKOKIE (Jewish Community Center Theatre; Skokie, Ill.). David is the Executive Director of the Alliance for Jewish Theatre an international organization. His doctoral work was under Elie Wiesel at Boston University, his masters work at Tufts University in Drama and Performance, and his BFA degree from N.Y.U Tisch School of the Arts and Circle-in-the-Square Theatre. Upcoming projects include a Jewish theatre conference and “TEATRON-Chicago’s First Jewish Theatre Festival” at Victory Gardens Theatre in November 2019.

Irmelin Dahl (Norway Consultant) is the Audience Services Assistant at TimeLine and a Norwegian/American dual national who holds a BFA degree from the University of Illinois at Chicago.

Gloria Imseih Petrelli (Palestine Consultant) is a Chicago based actor, writer, and organizer. She is a graduate of Illinois State University holding a BA degree in Acting. When she’s not making work with theatre companies across Chicago such as The Neighborhood, Haven, and Interrobang, she can be found organizing for a free Palestine with the U.S. Palestinian Community Network. 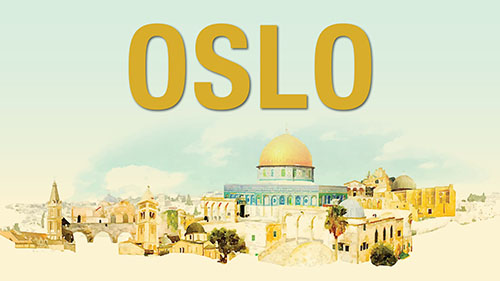