AARON POSNER is a Helen Hayes and Barrymore Award-winning director and playwright. He is a founder and former Artistic Director of Philadelphia’s Arden Theatre, an Associate Artist at both the Folger Theatre and Milwaukee Repertory Theatre, and has directed at major regional theatres from coast to coast including ART, South Coast Rep, Seattle Rep, Portland Center Stage, The Alliance, Actor’s Theatre of Louisville, Arizona Theatre Company, Milwaukee Rep, California Shakespeare Theatre, Shakespeare Santa Cruz, Roundhouse Theatre, Studio Theatre, Signature Theatre, Theatre J, American Player’s Theatre and many more. His adaptations include Chaim Potok’s The Chosen and My Name is Asher Lev (both of which have enjoyed successful runs at more than 50 theatres across the country; the latter recently ran for 10 months Off-Broadway and won both the Outer Circle Critics Award for Best New Off-Broadway play and the John Gassner Award); as well as Ken Kesey’s Sometimes a Great Notion; Mark Twain’s A Murder, A Mystery, and a Marriage; and an adaptation of three Kurt Vonnegut short stories, entitled Who Am I This Time? (and other conundrums of love). His Chekhov-inspired Stupid Fucking Bird debuted at Woolly Mammoth and won the Helen Hayes Award for Outstanding Resident Play as well as the Charles MacArthur Award for Outstanding Play or Musical. Aaron was raised in Eugene, Oregon, graduated from Northwestern University, is an Eisenhower Fellow, and lives near Washington, D.C. 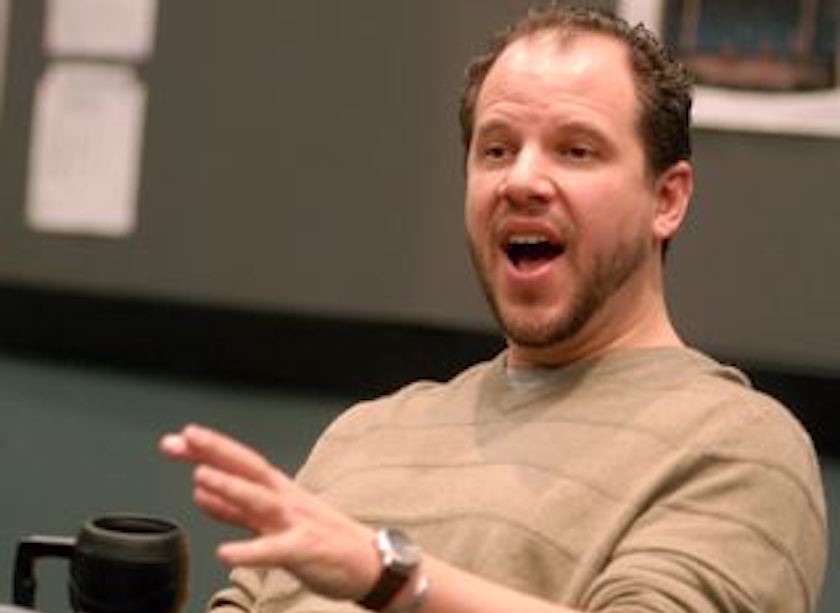