Witness a master class conducted by legendary opera diva Maria Callas. Glamorous and demanding, Callas critiques and regales a new crop of opera’s finest. Both frustrated and amazed by the students thrust before her, she escapes into recollections of the glories and failures of her past, remembering her rise as one of opera’s biggest underdogs. This authentic and musically rich Master Class presents a portrait of a fading star who refuses to be anything but unapologetically herself.

TimeLine’s production stars Company Member Janet Ulrich Brooks, a six-time Jeff Award nominee for roles at TimeLine (including 33 Variations, A Walk in the Woods, and All My Sons), where she mostly recently appeared last season as Queen Elizabeth II in The Audience. 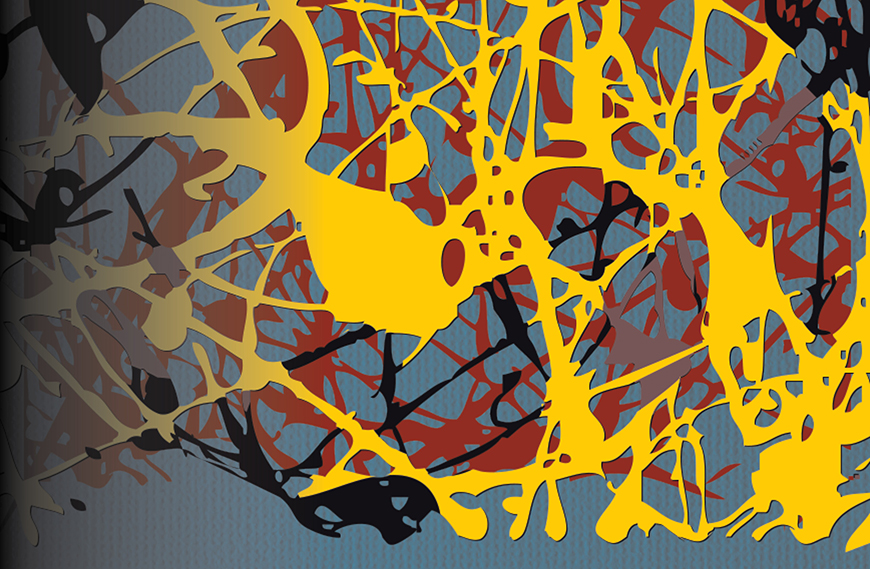 A provocative and hilarious look at what makes art—and people—authentic. Maude has bought the ugliest thrift store painting she could get her hands on as a gag gift. When she’s told it might be an undiscovered work by the famed Jackson Pollock, she invites a world-class art expert to decide if it’s a forgery or the real thing, worth millions.

Inspired by a true story and set to feature TimeLine Company Member Janet Ulrich Brooks and TimeLine Associate Artist Mike Nussbaum in the two-person cast, Bakersfield Mist is “a perfect marriage of emotion and ideas that is rare indeed” (Los Angeles Times). 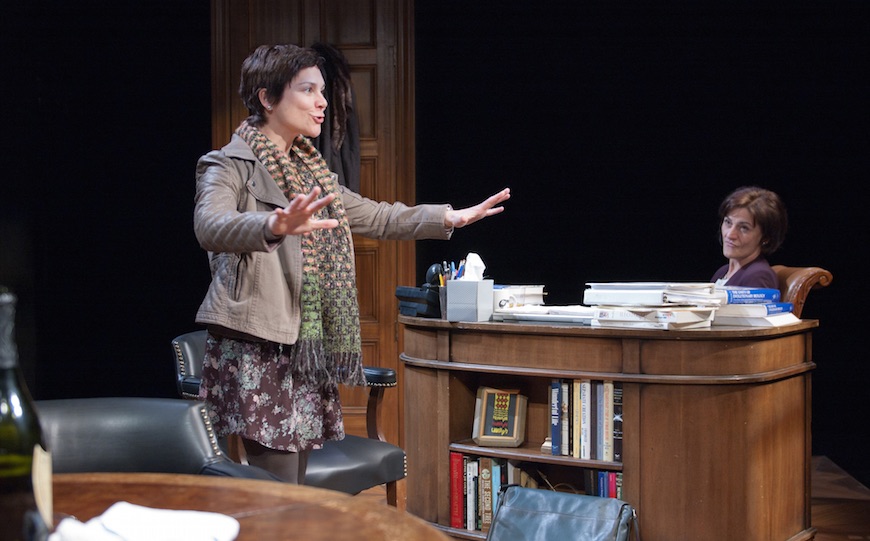 From the writer/producer of television hits like House of Cards and In Treatment comes this smart and compelling new play about science, family, and survival of the fittest. Two women meet for the first time on the eve of a national conference. Both are brilliant evolutionary biologists who share a zeal for science and a bold, contrarian approach to their male-dominated field—even as one challenges the other with a radical new theory that may change the way people regard sex. As mysteries unfold about their relationship, the two scientists clash over differing views on evolution, feminism and generational divides in modern America.

More about How and Why 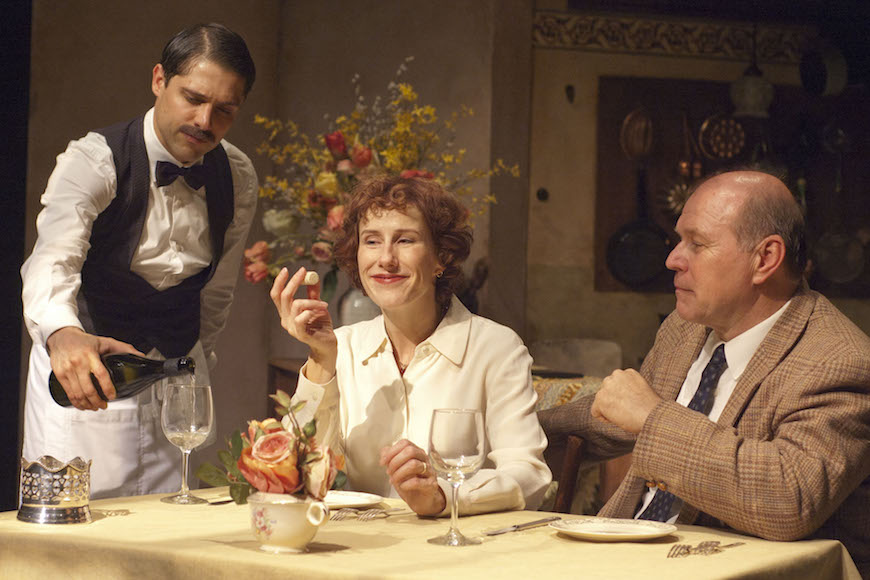 To Master the Art (remount)

Broadway In Chicago is thrilled to announce TO MASTER THE ART will play the Broadway Playhouse at Water Tower Place for a limited engagement beginning September 10, 2013. The Chicago Commercial Collective will produce the 2010 TimeLine world premiere hit.

More about To Master the Art 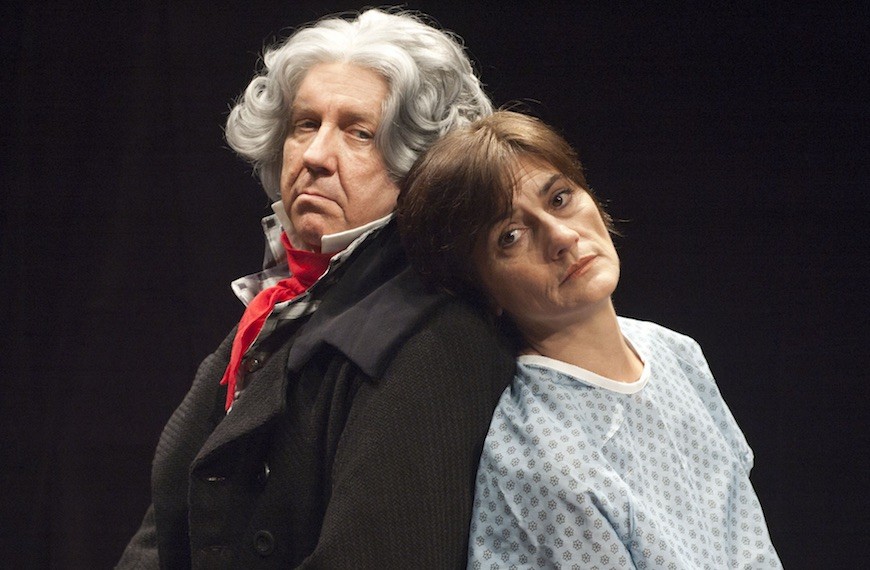 TimeLine’s 2012-13 season opener is an elegant waltz between past and present, fact and speculation, a mother and daughter, and art and life. One of classical music’s enduring riddles is why Ludwig van Beethoven devoted four years of his diminishing life writing 33 variations of a mediocre waltz. Two hundred years later, a modern-day music scholar is driven to solve the mystery even as her own health and relationship with her daughter crumbles.

The result is an extraordinary new American play — accompanied throughout by a live pianist playing the variations themselves — about passion, parenthood, and the moments of beauty that can transform a life. 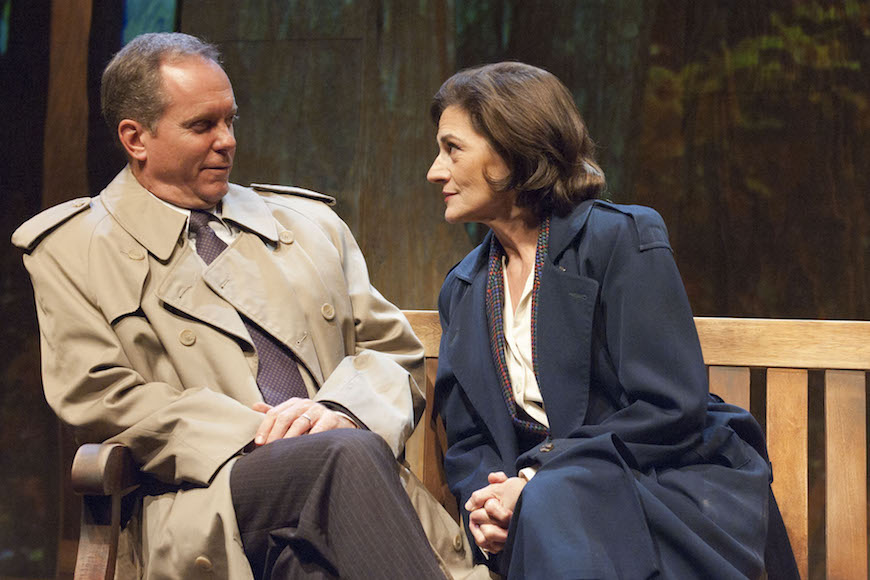 A Walk in the Woods

Lee Blessing’s Pulitzer Prize-nominated drama, filled with unexpected humor and extraordinary humanity, is an absorbing, revealing and brilliant debate on the eternal hope and relentless futility of high-stakes politics. Two superpower arms negotiators— one a witty but cynical Russian veteran and the other an idealistic American newcomer — meet informally in the woods after long, frustrating hours at the bargaining table. TimeLine’s production is presented with a twist: The two characters (originally written as two men) are portrayed by TimeLine Company Members Janet Ulrich Brooks and David Parkes.

More about A Walk in the Woods 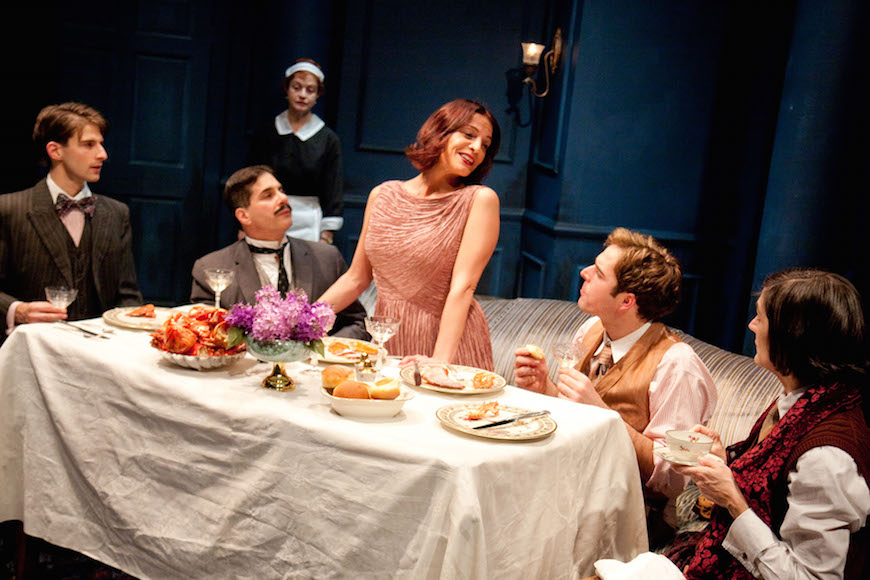 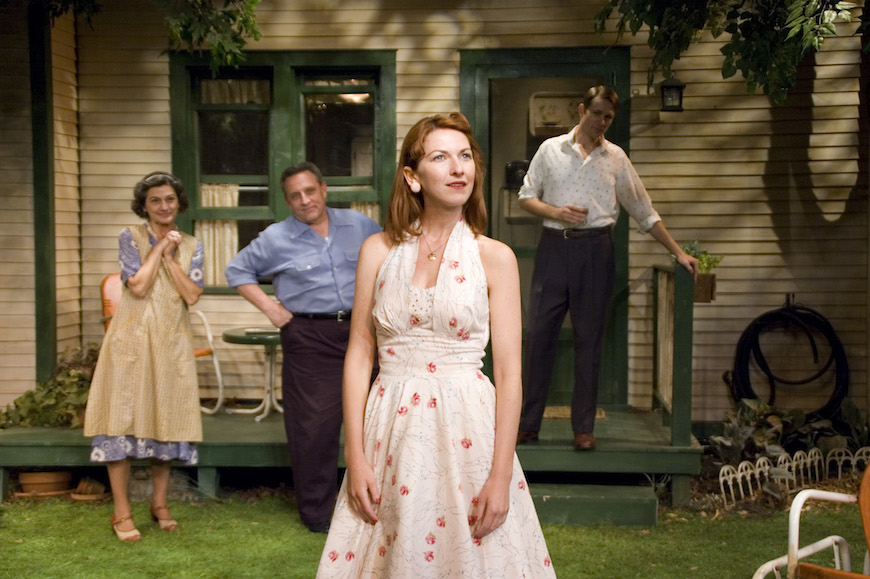 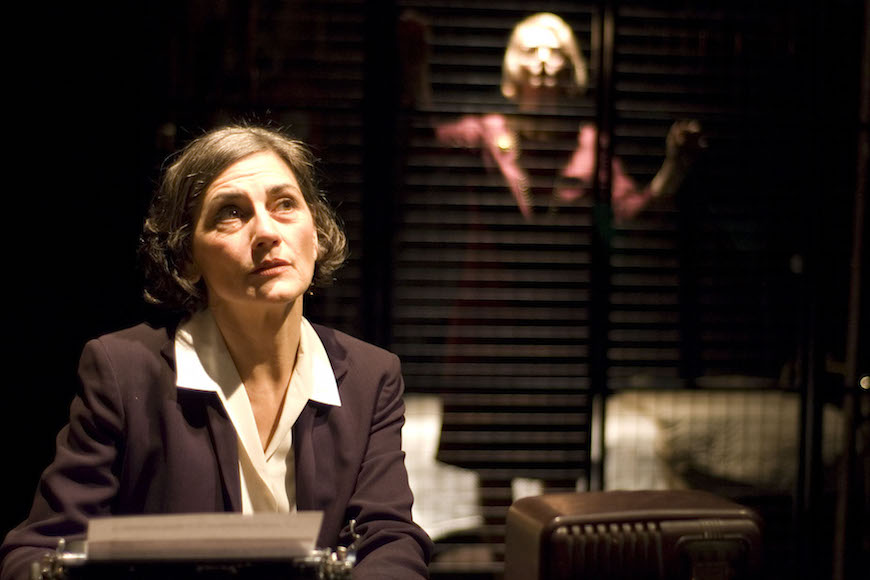 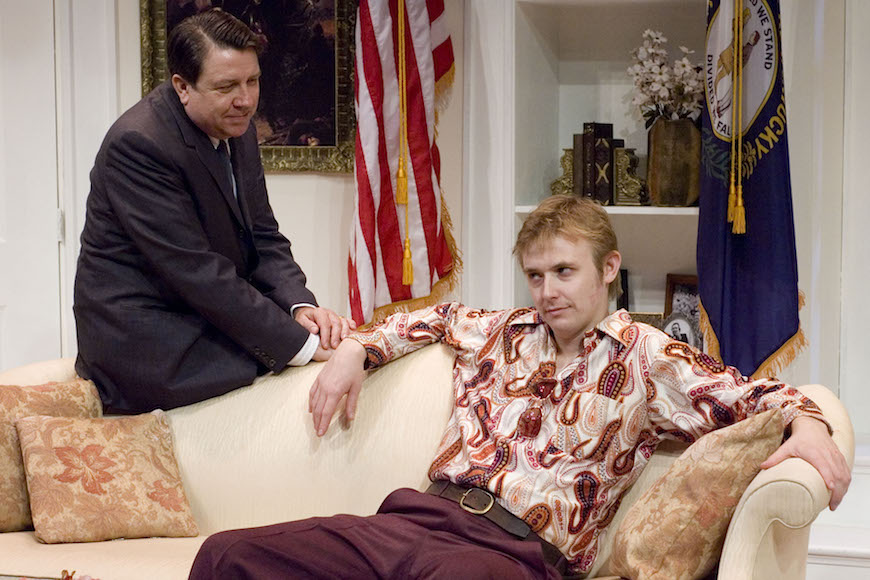 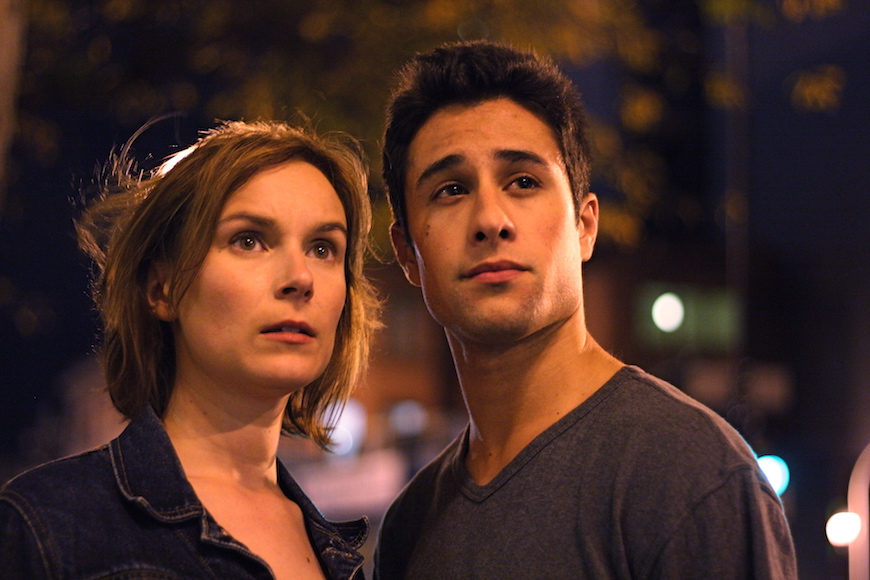 Ideas about war and peace, the uses of science and the exercise of humanity reverberate in this witty, suspenseful, intellectual puzzle of a drama. An American student travels to the former Yugoslavia in 1997 to research the work of Nikola Tesla, the Croatian-born Serbian scientist who invented electricity as we use it today. But as she delves deeper into Tesla’s life and homeland, she is soon forced to make a decision about whether to get involved with the unexpected world of turmoil and suffering around her. 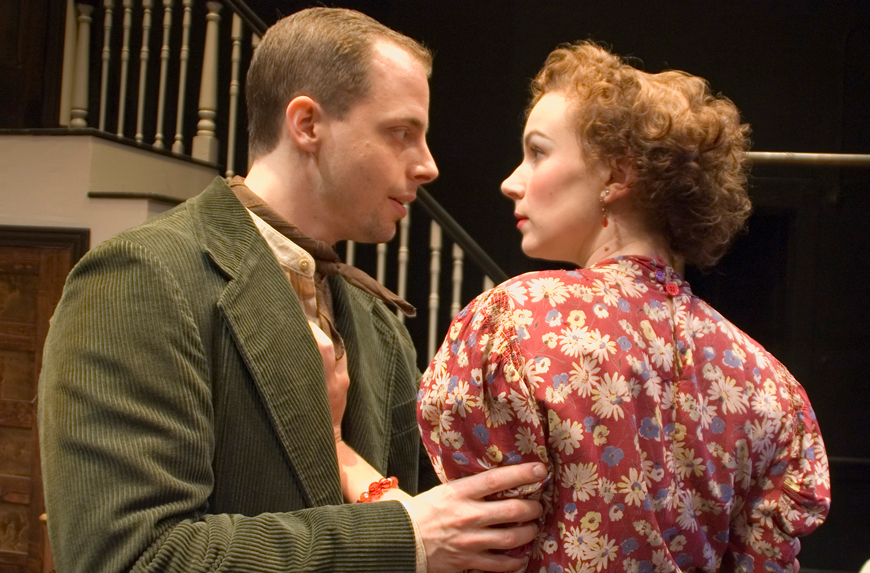 Reportedly considered by Odets himself to be his best and most significant work,Paradise Lost is an intense family drama set amid the vast landscape of social and economic challenges faced during the Great Depression. How will financial misfortune affect the values, personalities, relationships and aspirations of the well-educated, middle-class Gordons and their close circle of friends?

Odets’ passionate characters speak with a fast-talking language that sings with big dreams and optimism for the future, despite daunting odds. 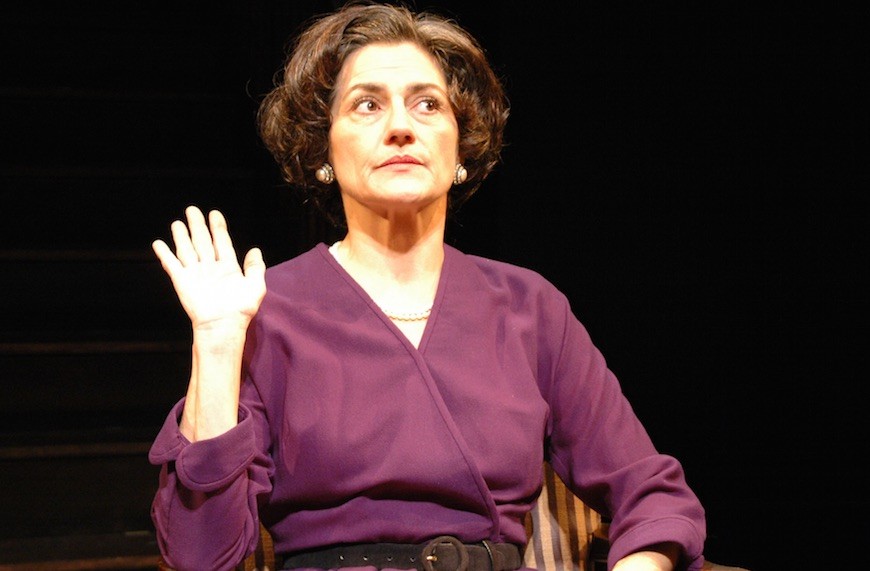 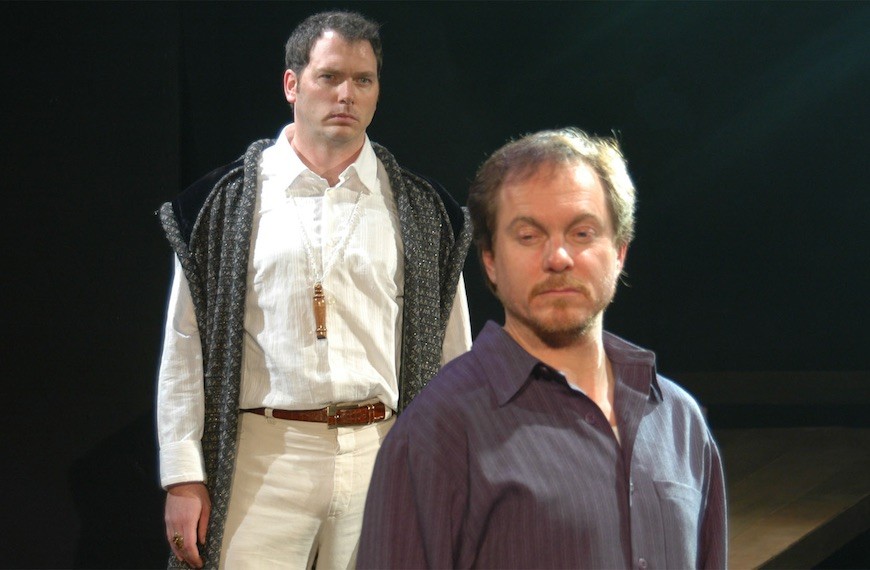 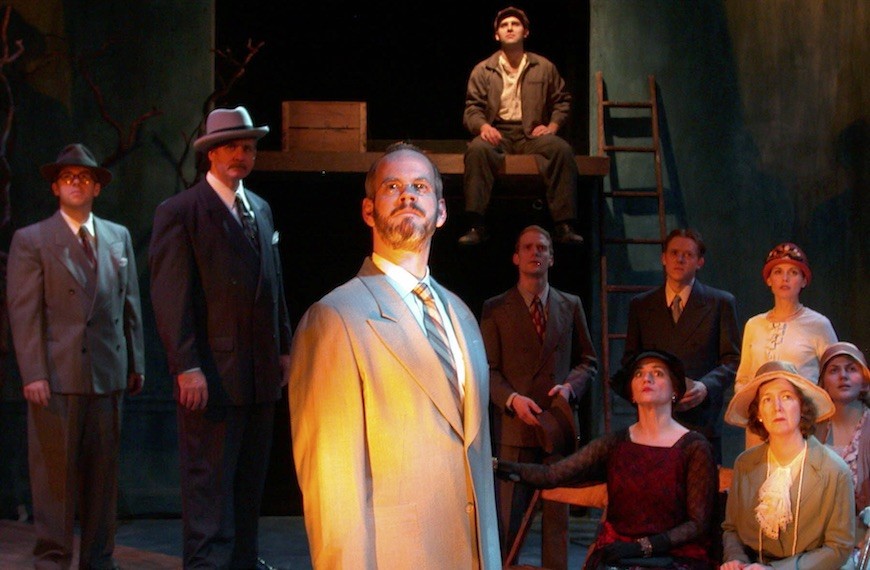 Greed and corruption run rampant in this American adaptation of Henrik Ibsen’s classic AN ENEMY OF THE PEOPLE, transplanted to the Midwest in the 1920s. When one man attempts to expose a major water pollution scandal in his town, the community is faced with the economic and moral turmoil of setting things right.