The Evolution of an Idea

TimeLine let our imaginations run wild and the results gave me the courage to blow the play up and out in the best ways possible.

For three years, a small group of playwrights worked with TimeLine Literary Manager Ben Thiem in a series of meetings, workshops and readings to develop a new play from start to finish. We asked each playwright in the 2013-2016 inaugural Playwrights Collective to talk a little bit about their play and their process, to be featured on Behind the ‘Line. Today we welcome you into the mind of playwright Brett Neveu earlier during the development process for his play To Catch a Fish, now slated to be a part of our 2017-18 season!

The process of working on my Playwrights Collective play has been a long-ish process, beginning with in-person interviews involving my subject matter, moving on to some stabs at a few scenes, and then into full-on script-writing. Because of the subject matter—a 20-something man caught up in a situation he doesn’t understand, a family that doesn’t understand him, and a new love that might be using him—the ins and outs of the play were difficult to navigate. Tie all of that to the man’s plight being inspired by a true story, and suddenly the mixture of fact and fiction became a larger-scale wresting match of plot and character. 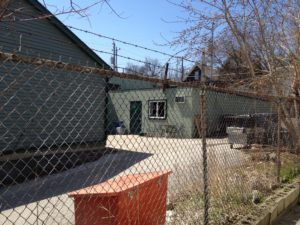 d love to parse the story points, but at the moment I’m writing this, I’m loathe to give away any of the secrets in the script or reveal anything that might disappear during possible rewrites. The story is still in flux and I’m discovering more as I work forward, getting notes from friends as well as the folks at TimeLine. I will note that the play, at 150 pages (currently), is longer than my usual work, which gives me a bit of nervous excitement and medium-to-high level apprehension.

As I worked through the story, I began to feel the scale of the play, and I wanted the length to match the feel of the play’s more tragic elements. In fact, I had outlined the scenes after I started writing and as I approached what I thought was the end, the play decided I was wrong. The ending I had thought had a number of scenes preceding it that I hadn’t planned on. I began to believe that there was this Greek element to this story, that there was a core within it that spoke to larger ideas than I’d thought with its original spark. I was seeing archetypes within the characters and embraced the story’s theatricality. The play now feels more like something both classic and raw, much like combining the feel of Euripides’ Trojan Women or Medea with more modern thoughts on gun control, poverty and race.

I’m very lucky to have begun this play through TimeLine’s Playwrights Collective, given the company’s patience and support as I fumbled forward. They allowed me to move through discovery at the pace I needed to support the process of this specific play, without pressure or deadlines. The only deadlines, in fact, were for pages (if they were ready) that were read aloud and commented on by my peers in the group. Ideas were gold with us, and Ben let us abstract the hell out of everything we did before (and during) the time spent working.

Conversations with writers can yield excitement and twisty paths, which led me to some broad-scale thinking. I also imagined the play’s set as something monolithic, like three grand, imposing structures (the three urban buildings in which the people live and/or work) and I needed a play to match. TimeLine let our imaginations run wild, and the results gave me the courage to blow the play up and out in the best ways possible.

This post is fourth in a blog series reflecting on the work of the 2013-2016 Playwrights Collective. Read the other posts in the series: